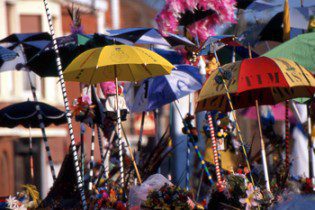 The Coalition coordinates the objectives which the professional organisations wish to defend with French, European and international authorities:

The French Coalition is a founding member of the International Federation of Coalitions for Cultural Diversity (IFCCD)   created in September 2007. It also is the Federation’s permanent representative to UNESCO in Paris. The IFCCD presently counts 42 Coalitions from all continents representing over 600 professional cultural organisations.

Together with other Coalitions in the world, the French Coalition has played a major role in the various stages leading to the drafting and the adoption on October 20, 2005 of the UNESCO Convention on the Protection and Promotion of the Diversity of Cultural Expressions and, later, in the ratification process which led to its coming into force on March 18, 2007.

In particular, the French Coalition has organised several conferences and events in order:

Now that the Convention has come into force, the Coalition pursues its actions in order:

At the same time, the French coalition coordinates the activities of the European coalitions for cultural diversity which aim to mobilise European professional organisations and to make European authorities aware of  the interest of cultural professionals when treating issues within European competence  which impact on culture, particularly trade negotiations.