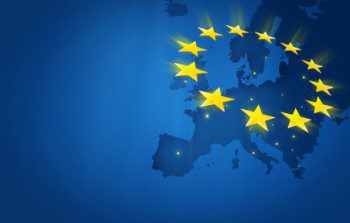 Based on the European Commission’s proposal on the AVMS directive, the Council and the European Parliament (in its CULT Committee report) have endorsed article 13 § 2. This article enables Member States to require VOD services targeting audiences in their territories, but established in other Member States, to make a financial contribution towards the production of local and European audiovisual works.

Indeed, this article will be useful to prevent online services from circumventing national investment obligations designed to ensure a virtuous circle of investment in a diversity of audiovisual works online.

However, the European Coalitions consider that European institutions must be more ambitious. They should establish a real level playing field between all audiovisual services based on respecting the principal of technological neutrality.

For now, in the version of the European Parliament and the European Commission, this article doesn’t include linear services within its scope, whereas, as stated by the European Film Agency Directors (EFADs) in their paper, in 2016, almost as many TV channels (31%) as on demand services (34%) established in the EU were specifically targeting foreign markets.

The European Coalitions for Cultural Diversity believe it is necessary to prevent “shopping around” for the weakest regulation by certain linear services providers and to ensure that they make a fair contribution to EU and local audiovisual production.  This is equally important for the protection and promotion of European cultural diversity as it is when applied to online VOD services.

Applying the rules of article 13§2 to linear services is urgent because it is also a way to avoid a kind of cultural dumping in Europe, which today weakens local audiovisual services and countries that are making strong commitments to local audiovisual production.

Finally, regarding article 13 § 5, the ECCD want to add, that it’s necessary to remain vigilant, and ask for a clear delimitation of what is a thematic service, as some services could be defined as such to circumvent the quota and the requirement mentioned above.

“Viewing local stories on our screens is particularly important for the vitality of European audiovisual creation but also for democracy, building social cohesion and mutual understanding in our societies at a time where some would seek to divide us” said Carole Tongue, Chair of the European Coalitions for Cultural Diversity.