European Coalitions in action in Brussels

On 29 and 30 March, the European Coalitions for Cultural Diversity (ECCD), of which the French Coalition is vice-chair, went to Brussels for a programme of meetings and exchanges.

At the European Parliament, they had a long working meeting with the Cultural Creators Friendship Group (CCFG).

The CCFG brings together more than 30 Members of the European Parliament from all political backgrounds who are committed to acting together to defend and support creators. Invited by Benjamin Feyen, Secretary General of the CCFG, Carole Tongue,former MEP and President of the European Coalitions, shared her thoughts on the transposition of the AVMS Directive, the creation of a European statute for artists, the need to support strong public service media and the importance of supporting national coalitions committed to cultural diversity in each EU Member State. She also shared the recommendations of the International Federation of Coalitions for Cultural Diversity (IFCCD) to create new coalitions. 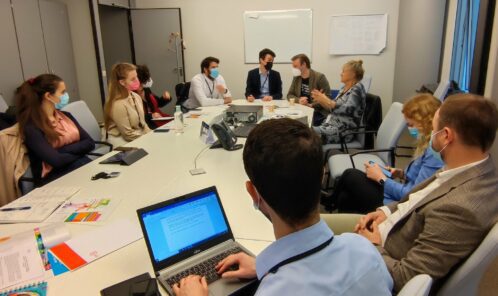 The exchanges with the parliamentarians were all the more fruitful as the European current events are rich in stakes for culture with notably the legislative works on digital services and markets (DSA and DMA), the new European Bauhaus which introduces a cultural and creative dimension to the Green Pact for Europe or the reflections in progress on geoblocking.

Carole Tongue also went to the European Commission to express her concerns about the dangers threatening cultural diversity in the digital age. She met with Marta Sanagustin Riazuelo, Head of Audiovisual Media Services at DG Connect. This exchange made it possible to envisage future collaboration with the European Commission, notably on the European legislation on media freedom (Media Freedom Act) expected for the end of the year, which pays particular attention to public service media. This is such a hot topic in France at a time when the future of public broadcasting funding is uncertain ! 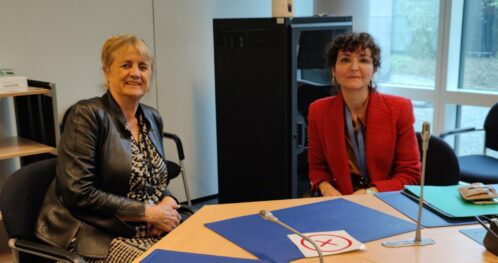